During her earlier life in New Zealand she was a student of sculpture under the artist Theo Jansen, she achieved a diploma in Art Education and attended summer schools in watercolour with the renowned New Zealand watercolourist Brian Carmody. The latter sowed the seeds of her ongoing love affair with the watercolour medium.

She worked for 30 years as a qualified teacher and as a part time, but professional artist in New Zealand and London where she exhibited and sold her paintings. In Los Angeles she spent a year painting and exhibiting with a group of women artists in Laguna Beach. For the next 4 years Di attended the Nicholas Panayi School of Art in Nicosia Cyprus, holding a successful solo exhibition of her work in Nicosia.

She spent her time painting and teaching art in her studios in Wales and southern France, with visits to New Zealand. Except for her exhibition in Cyprus she has until now, sold her work directly from her studios, frequently to repeat purchasers. She has original paintings in private collections in Singapore, New Zealand, England, Wales, France, Lebanon and Spain. A talented portraitist she has performed and continues to receive numerous portrait commissions.

In June 2018 Di relocated to New Zealand to live permanently where she has set up a studio in the Waitakeres just out of Auckland City.

She has been attending workshops with NZ’s well known abstract painter James Lawrence and this is reflected in many of her latest works which are by and large completely abstract. 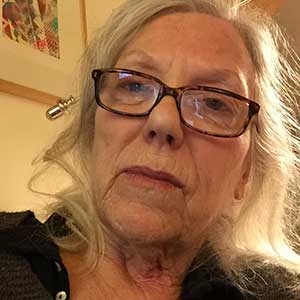 Share This
We use cookies to ensure that we give you the best experience on our website. If you continue to use this site we will assume that you are happy with it.I'm good